Baltimore artist Zachary Utz returns with a new solo album, "direct deposit," out in May 2021 on sound as language. You might know Utz from his more notable rock bands, Dope Body (Drag City) and Scroll Downers. But his solo work is something entirely different, encompassing wide swaths of ambient, electronic and experimental neo-jazz, "direct deposit" follows up Utz's 2019 album, "Value Plush," on Ehse Records. He has also released solo works on labels like Patient Sounds, Player Press and Become Eternal.

Born out of an attempt to redefine his entire workflow, Utz began working on "direct deposit" way back in 2018. Primarily a "loop based" musician for most of his life, Utz made a conscious effort to change his approach with "direct deposit." While recurring elements still appear on the album, Utz wanted to give the pieces more of a sense of generative unpredictability. This involved specific placement of sonic elements both physically within the pieces themselves and also within the sound field. The idea was to create a listening space where distinct fragments and elements fly in and out, sometimes only once or twice. The aim was imperfection. Static repetition was to be avoided. Yet, melody remained.

"direct deposit" features collaborations with Matthew Pierce on winds, Rod Hamilton on vibraphone, and John Jones (AV Moves, Geo Rip, Dope Body) on electronics. The trio were gracious in allowing Utz to manipulate their contributions into the pieces. The addition of their live instruments provides a heady counterpoint to the chopped and processed samples and synths of "direct deposit."

After years of tinkering, the eight pieces that make up "direct deposit" have undergone numerous revisions. So much so that Utz has lost sight of exactly where they began. Much like the human body regenerates, "direct deposit" has shed its skin many times. It's the same, yet completely different. "direct deposit" is a regeneration and a rebirth for Utz. It's also his finest work. 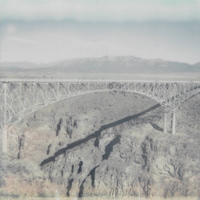